I visited Santiago de Chile for a long weekend with my roommate . We arrived after a short flight from Córdoba to Santiago, flew through security and customs, and I didn’t even have to pay the “reciprocity fee.” (Maybe they realized what a bad time I was to have in their city) We met a nice gentleman (from California!) with whom we split a cab with from the airport to downtown. Before going to our hostel, we decided to get some Chilean pesos from a money exchange. While in line, I noticed a group of guys pointing, laughing, and making comments about my suitcase! (Hey! Hot pink is awesome! Don’t be jealous!) I just ignored them and brushed it off. We arrived at our hostel and decided to take a nap (as I had gone out the night before in Córdoba and gotten home at 3am when we had to wake up at 5am to catch our flight. =P

We decided to go check out the city. I had wanted to find some nice leather boots. We went to a big shopping district using the metro, which was extremely crowded and lots of people shove you when getting on and off the subway, which is not much different from the shopping district – it’s like a free for all – really off-putting. I went into a store and asked (in Spanish) if they had my size. The store clerk SCOFFED at me then said very condescendingly that they did not carry “that big of a size.” He then turns around to the other store clerk and they LAUGH about our conversation! I was so embarrassed and irritated that all I wanted to do was so back to our hostel. I don’t understand to this day how the both of them could blatantly be so mean to a potential customer! And yes, I wear a bigger size of shoe than the average Chilean woman, but I am also much taller than the average Chilean woman! I don’t see how someone who is different deserves to be laughed at in their face! After people already being so rude all day, I was NOT feeling Santiago anymore!

No amor for Santiago!

Back at the hostel, though, we met three women who were staying in our dorm room: one from South Africa who was living in Lima, one from England who is living in Concepción, Chile, and another half German – half Peruvian woman who lives in Lima. These girls were definitely the redeeming factor of our stay in Santiago. I told them how we had been treated all day and they were shocked but also told us that they had some similar experiences. So we bonded over that, decided to go shopping to make dinner and then decided to go out that night to a gay club. We had a great time drinking wine, learning about one another and making our dinner, which was much-needed after the earlier treatment. 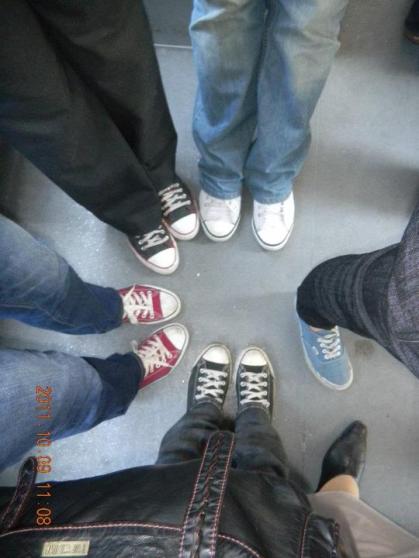 camaraderie on the Metro

We ended up having a blast at the gay club. It was actually a full on drag queen show complete with dancing and singing performances. They even pulled us up on stage to be part of the show for a few minutes! One of the women and I were bothered by all the cigarette smoke, so we decided to head down the street to get choripan (sausage baguette sandwich – yum!) We both ordered in Spanish, but reverted to English (as that is both our native language). There was another large group of younger people across the small restaurant. My friend and I were talking and then I heard one of the younger girls loudly mocking us in Spanish saying things like “Oh look at me, I speak English! …gringas…blancas jajaja!” I just looked over at them and shook my head. I told my friend that I was really getting tired of this and she agreed. She was shocked, because she lives about 9 hours or so away and it’s a different world. We left feeling disheartened and not understanding why so many people chose to treat us so rudely.

One of the performers

We met up with someone from Couchsurfing, who lives in Santiago and he was really sweet. He took us on a walking tour of the city. One of my favorite parts was the Cerro San Cristóbal, which had great views of the city and the Andes. The Park was great as it afforded a breather from and views of the city and a history lesson from our lovely new friend, Ricardo. There were statues of Pedro Valdivia whom I had read about in Isabel Allende’s historically accurate novel Ines of My Soul – read it!) Apparently, this is the hill where Valdivia and his soldiers defeated the indigenous warriors and claimed Santiago as their own. It was amazing to be standing on such historical importance. 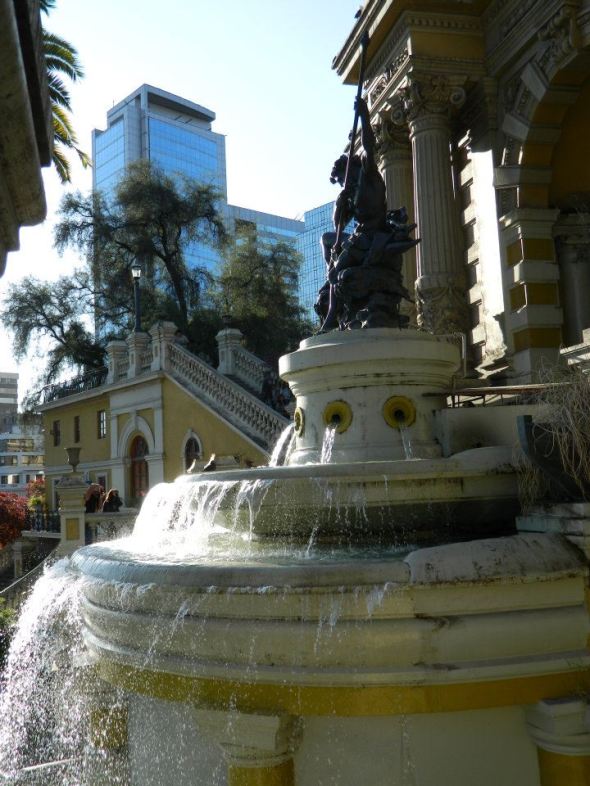 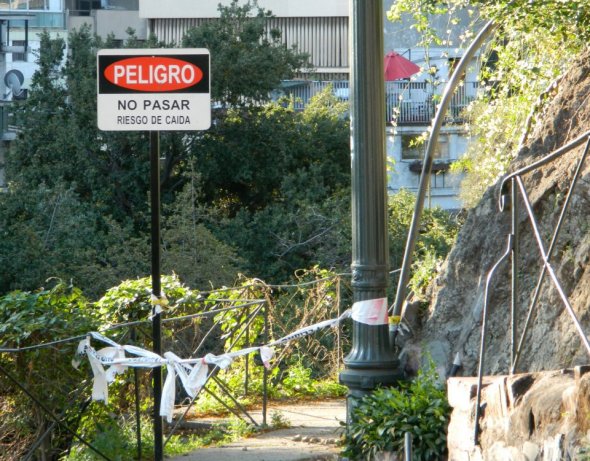 Damage from the recent earthquake

My other favorite/interesting part was the protesting at the University to advocate for free higher education for all. It was a foreign concept for me, coming from California, where we pay exorbitant prices for education. I appreciate the enthusiasm to obtain an education, but Ricardo let us in on the darker side (somewhat like with the Occupy Movement) of the effects felts by citizens of the city who are trapped in their apartments with riot police standing guard and their banks shut down. Regardless, it was an interesting experience. Here are the some of the photos:

Facade of the University 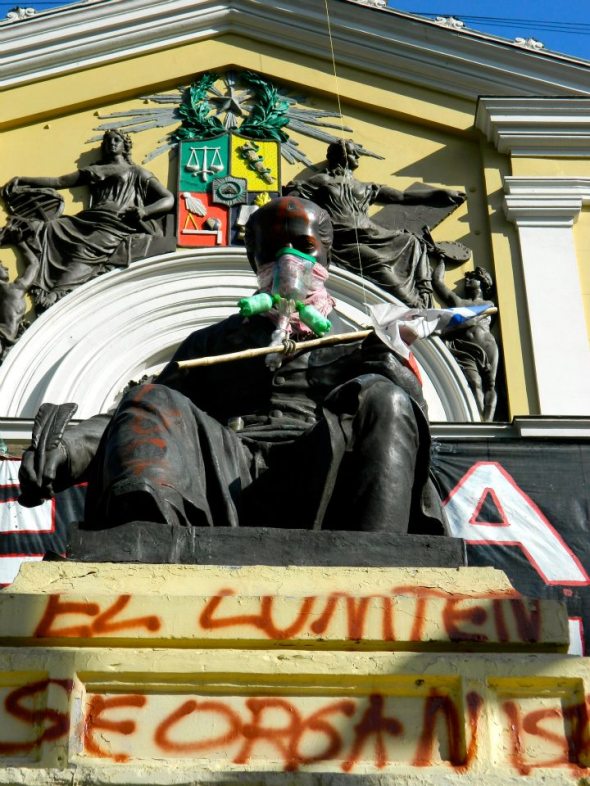 Overall, based on the treatment of myself and friends, I will not be returning to Santiago, despite the few redeeming factors.I have never been to a place where I was mistreated and disrespected so much for no reason, and I have been to Paris! I really wanted to like Santiago, but aside from my newfound friends that I met, I was not impressed and will avoid at all costs going to Santiago again. It’s hard to enjoy a city where you feel discriminated against multiple times a day simply because you are not from there.

Tell me what you think! Cancel reply